HomeBlogDying to Stay Warm: A Warning from the Wilton Volunteer Ambulance Corps

Dying to Stay Warm: A Warning from the Wilton Volunteer Ambulance Corps 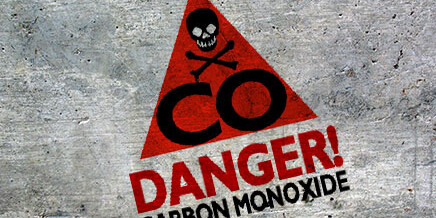 “It’s the most wonderful time of the year,” and unfortunately a dangerous time of year due to the increase risk in carbon monoxide poisoning as people try to beat the cold during the cold winter months and during power outages during a storm. Carbon monoxide (CO) does not discriminate – the danger is real, no matter what you socio-economic status.

One aspect of carbon monoxide poisoning that makes it a “silent killer” is that the symptoms are often vague and may be discounted as other illnesses like the flu. Many people do not realize they are having symptoms or delay seeking help until it is too late. A common scenario is that people go to bed thinking they have food poisoning or are coming down with a cold or flu, only to continue to be exposed to the toxic gas and die in their sleep.

Evidence indicates that the brain is the organ most sensitive to changes in oxygenation. The most common symptoms of CO poisoning are headache, dizziness, weakness, nausea, vomiting, chest pain, and confusion. High levels of CO inhalation can cause loss of consciousness and death. Unless suspected, CO poisoning can be difficult to diagnose because the symptoms mimic other illnesses. People who are sleeping or intoxicated can die from CO poisoning before ever experiencing symptoms.

Red blood cells pick up CO quicker than they pick up oxygen. If there is a lot of CO in the air, the body may replace oxygen in blood with CO. This blocks oxygen from getting into the body, which can damage tissues and result in death. CO can also combine with proteins in tissues, destroying the tissues and causing injury and death.

All people and animals are at risk for CO poisoning. Certain groups — unborn babies, infants, and people with chronic heart disease, anemia, or respiratory problems — are more susceptible to its effects. Each year, more than 400 Americans die from unintentional CO poisoning, more than 20,000 visit the emergency room and more than 4,000 are hospitalized due to CO poisoning. Fatality is highest among Americans 65 and older.

• Invest in carbon monoxide detectors. Install a carbon monoxide detector in the hallway near each sleeping area in your house. Check the batteries every time you check your smoke detector batteries — at least twice a year. If the alarm sounds, leave the house and call the fire department or local utility company from a nearby phone. Carbon monoxide detectors are also available for motor homes and boats.
• Never run a generator indoors. Place generators a minimum of 15 to 25 feet from the home and away from windows, doors, vents and air conditioners.
• Watch out for propane, kerosene and charcoal briquettes. Do not use propane, kerosene or charcoal briquettes to cook or heat indoors, in tents or in campers.
• Open the garage door before starting your car. Never run your car in a closed garage. If you have an attached garage, keep the garage door open and the door to the house firmly closed while the car is running.
• Use gas appliances as recommended. Never use a gas stove or oven to heat your home. Use portable gas camp stoves only outdoors. Use fuel-burning space heaters only when someone is awake to monitor them and doors or windows are open to provide fresh air. Don’t run a generator in an enclosed space, such as the basement or garage.
• Keep your gas appliances and fireplace in good repair. Make sure your gas appliances are properly vented. Clean your fireplace chimney and flue every year. Ask your utility company about yearly checkups for all gas appliances, including your furnace.

For those who are fortunate to survive, they will be taken to the hospital where treatment may involve:
• Breathing pure oxygen
• Spending time in a pressurized oxygen chamber

WVAC urges everyone to be vigilant about preventing and recognizing the signs and symptoms of carbon monoxide exposure. During these winter months, please check on your friends and neighbors and call 911 if you suspect something is wrong.

As seen on the Wilton Patch: http://wilton.patch.com/groups/nancy-capelles-blog/p/dying-to-stay-warm-a-warning-from-the-wilton-volunteer-ambulance-corps

When the alarm sounds at WVAC headquarters, and before we run out the door and respond to the scene, we listen to dispatch fo...

When a Wilton Volunteer Ambulance Corps (WVAC) crew is dispatched to a 911 call, the first things the crew seeks to understan...

What do you imagine is the No. 1 priority for an Emergency Medical Technician (EMT)? When I ask people this question, most ...